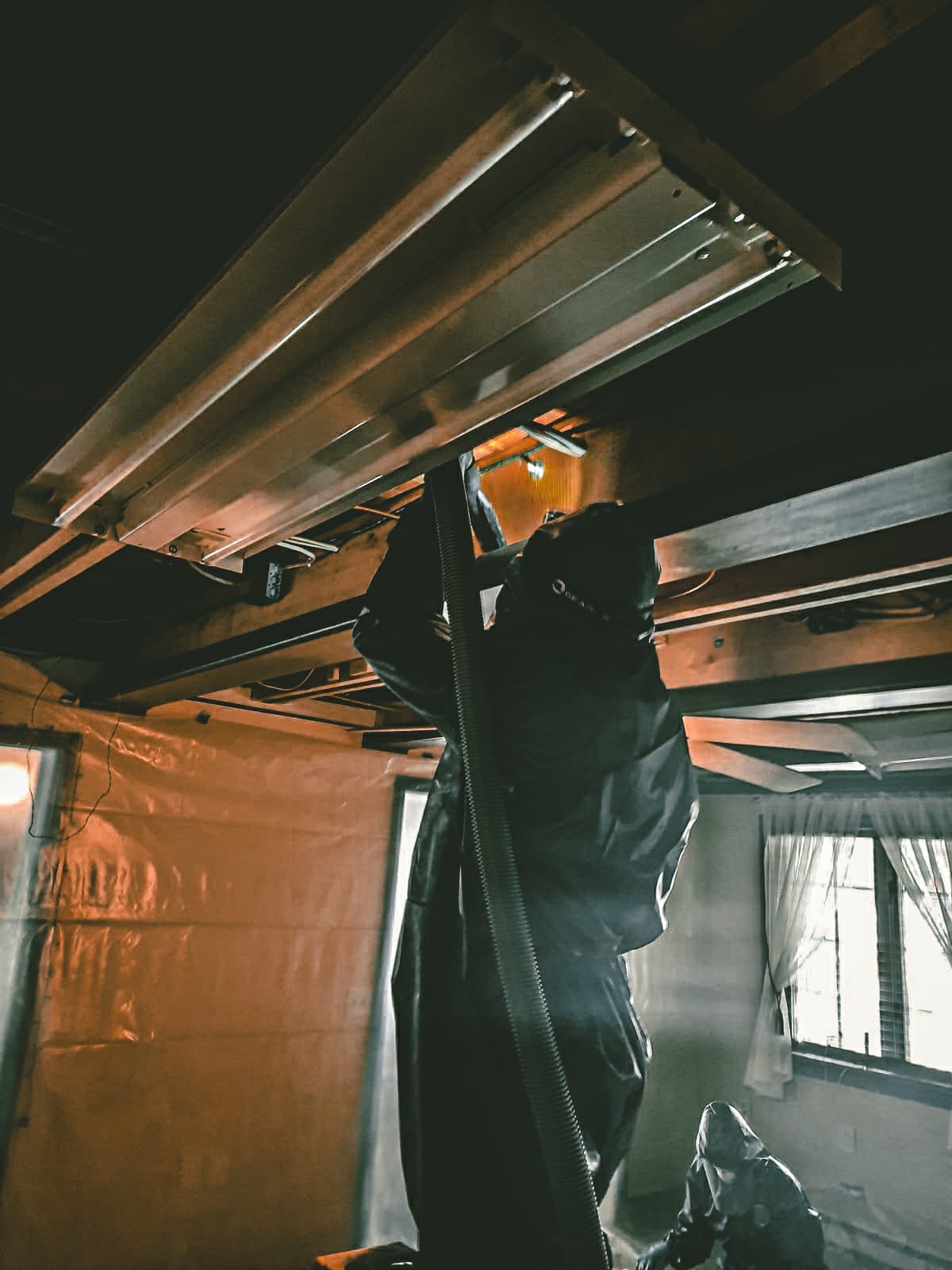 Unattended deaths can create a number of issues for the family members of the deceased person. One of the most serious problems concerns the odors that a decomposing body can often produce. This can result in lingering odors that can affect the value of the property and can have a negative psychological effect on you and your family members. The unmistakable smell of death consists of six distinctive odors that must be addressed during the biohazard remediation process.

The rotting fish odor produced by the human decomposition process is mostly attributable to the gases cadaverine and putrescine. These chemical compounds are found in small amounts within living organisms and are the two most prevalent chemical compounds produced by decomposing bodies of humans or animals. Exposure to putrescine and cadaverine gases in large quantities can be toxic. For this reason, it is of critical importance to undertake biohazard remediation as quickly as possible.

An organic compound in crystal form, indole is commonly found in both coal tar and in human and animal feces. It is produced when bacteria proliferate in the absence of oxygen, a state that results as the body decomposes. Indole has an acrid smell that resembles that of mothballs and that can permeate areas where an unattended death has occurred.

The gas skatole is normally present in human and animal digestive systems. It is produced in large quantities, however, when the materials in the digestive system begin to break down and decompose inside the body. Skatole is related to indole and is the primary reason that feces smell unpleasant. In cases of unattended death, skatole can create odors that can be upsetting to family members and friends of the deceased person. Removing the source of these odors with professional remediation and cleaning is necessary to eliminate the smell associated with skatole gas contamination.

Both dimethyl disulfide and dimethyl trisulfide gases are produced during the decomposition of plants, animals and people. These chemical compounds are released into the air to create the smell of rotting or contaminated garlic. They can usually be effectively removed by implementing a professional process utilized to clean up a death scene. This will typically eliminate the odors associated with unattended death as well as the hazards associated with these gases.

Most commonly associated with the odor of rotten cabbage, methanethiol is a gas that is released from decomposing bodies. It is partially responsible for bad breath and the odor associated with flatulence. Like hydrogen sulfide, methanethiol is flammable and can pose serious risks for the safety of the property and the health of those who may be exposed to it in enclosed spaces.

The Value of a Qualified Biohazard Remediation Company

Working with a company that specializes in PA biohazard remediation after an unattended death will allow you to resolve these issues more quickly and will provide real protection for you and your family. Professional remediation for unattended death scenes can provide the following benefits:

Professional biohazard remediation takes less time and causes less emotional stress than attempting to deal with these situations on your own.  The experience and expertise of a professional firm can ensure that odors and contaminants are completely removed, which can promote a healthier environment in the affected area when cleaning and remediation have been completed.

Professional firms have the safety equipment needed to handle these situations more effectively. Goggles, gloves, respirators, face masks and protective clothing are provided for remediation technicians to prevent exposure to hazardous chemicals that can linger on surfaces or in the air.

New York Biohazard remediation companies offer immediate help for you and your family in managing issues with unattended death quickly and safely. This can take one worry off your mind in the aftermath of these tragic events.

Your biohazard remediation team will provide you with the appropriate services to deal with all stages of decomposition. This will allow you to manage these issues in the most painless way possible for yourself, your family and your friends.

You can reach us 24/7 at 570-877-0868 and speak with our owner directly.  We're available to respond promptly and compassionately in and around New York, Northeast Pennsylvania, and surrounding communities.

Do you want to get notifications from this site?